DREM resumes  the publication of the Labour Cost Index

The Regional Directorate of Statistics of Madeira (DREM) resumes the publication of the Labour Cost Index (LCI), releasing data for the period between the first quarter 2008 and the fourth quarter of 2019. The base year changed (to 2016) and also from the 1st quarter of 2018 onwards, part of the information related to the labour costs, which was previously collected from the enterprises through a survey, started to be obtained through administrative sources, namely by data reported on a monthly basis by the enterprises to the Social Security. The number of hours worked, the hours not worked and overtime hours remain, however, to be collected by survey. The observation unit changed from the local unit to the enterprise, which means that, unlike the previous series, the information now comes from the enterprises headquartered in the Autonomous Region of Madeira are included, with the establishments that belong to enterprises based in Mainland Portugal are left out.

Labour Cost Index increased by 2.8% over the previous year

The Labour Cost Index (working days adjusted) increased by 1.9% in the 4th quarter of 2019, compared with the same period of 2018. 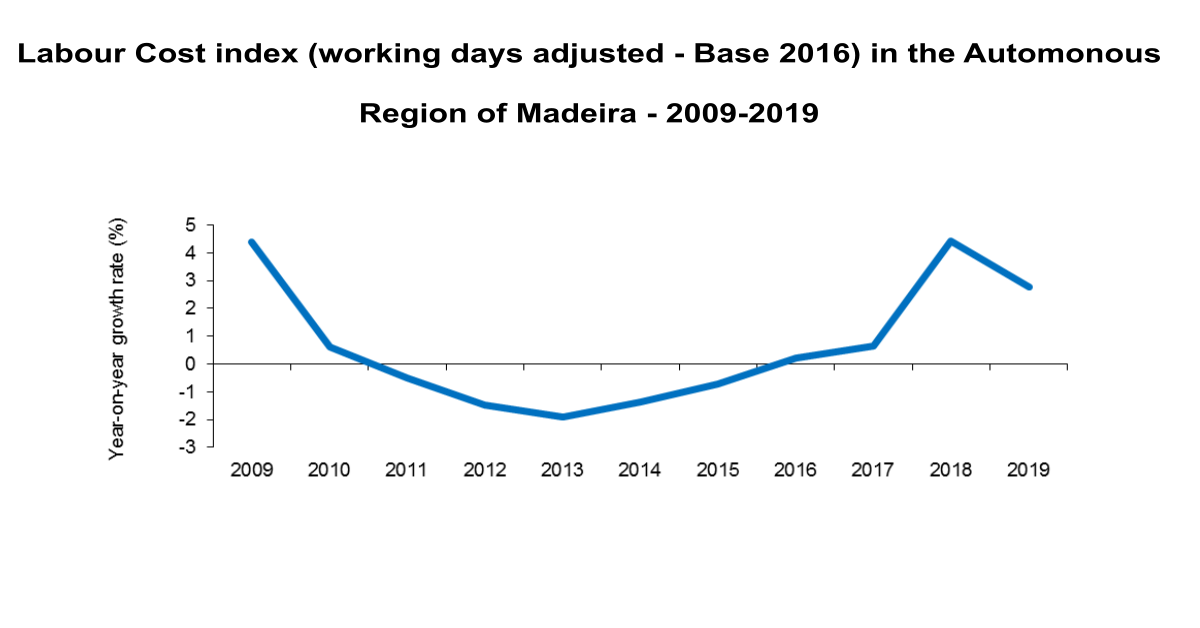