Life expectancy at birth increased in the Autonomous Region of Madeira

The results published by Statistics Portugal (INE) show that life expectancy at birth for the population of the Autonomous Region of Madeira in the 2017-2019 period stood at 78.36 years: 74.39 years for men and 81.48 years for women. These values were higher than those estimated for the 1999-2001 period (68.47 years for men and 77.11 for women), which shows that the trend of an increasing longevity in the Region in the last decades remains. 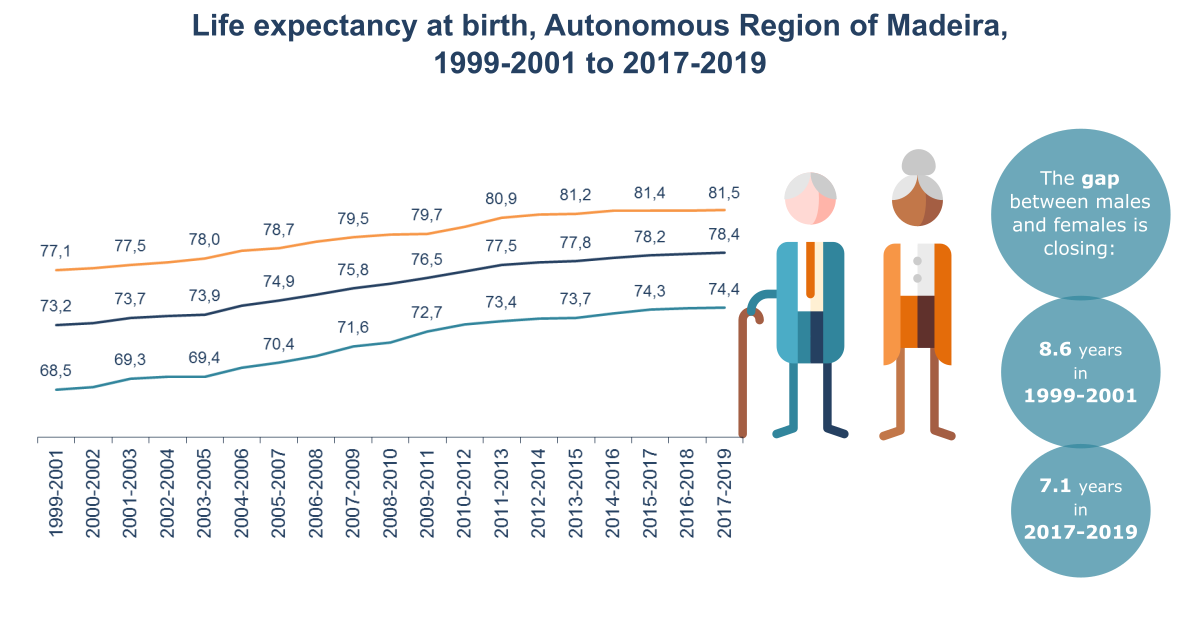 Life expectancy at birth is greater among women, however the gap between genders shrunk between 1999-2001 (8.64 years) and 2017-2019 (7.09 years). Still, Madeira is the NUTS 2 region in which the discrepancy between genders regarding longevity is greater (5.56 years for Portugal).

For Portugal, life expectancy at birth was estimated at 80.93 years (2.57 years higher if compared with the Autonomous Region of Madeira). In the country, life expectancy for the female gender is 83.51 years while for men is 77.95 years.

Although life expectancy (at birth and at 65 years old) is still lower than the estimated for the country, Madeira was the NUTS 2 region in which life expectancy increased the most in the last decade.