The Regional Directorate of Statistics of Madeira releases today data on causes of death for 2017, which will be included in the publication “Health Statistics of the Autonomous Region of Madeira-2017”, to be released in the end of 2018.

The diseases of the respiratory system were the third most important cause of death, generating 465 deaths, i.e. 18.5% of the total (20.3% in the previous year). Pneumonia culminated in 290 deaths, 11.5% of the total. 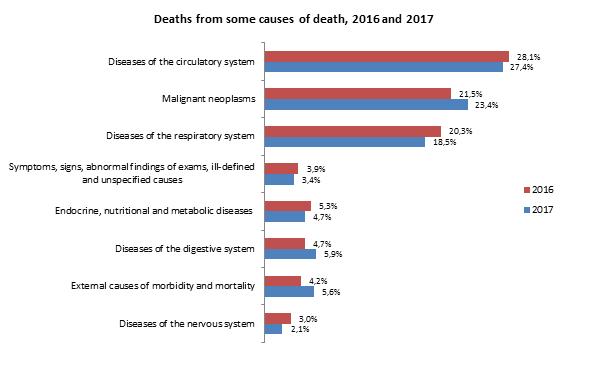