The Regional Development Composite Index (RDCI) results for 2019 released today by Statistics Portugal (INE) show that Área Metropolitana de Lisboa remains as the only region above the country’s average regarding the overall index (an aggregate of the competitiveness, cohesion and environmental quality indexes) with this indicator reaching 106,37 (a minimum of the time series which starts in 2011). In the Autonomous Region of Madeira the index stood at 97.29 in 2019, increasing from 2018 (95.10) and standing as a new maximum. The Autonomous Region of Azores scored 89.24, the lowest value among NUTS2 regions. 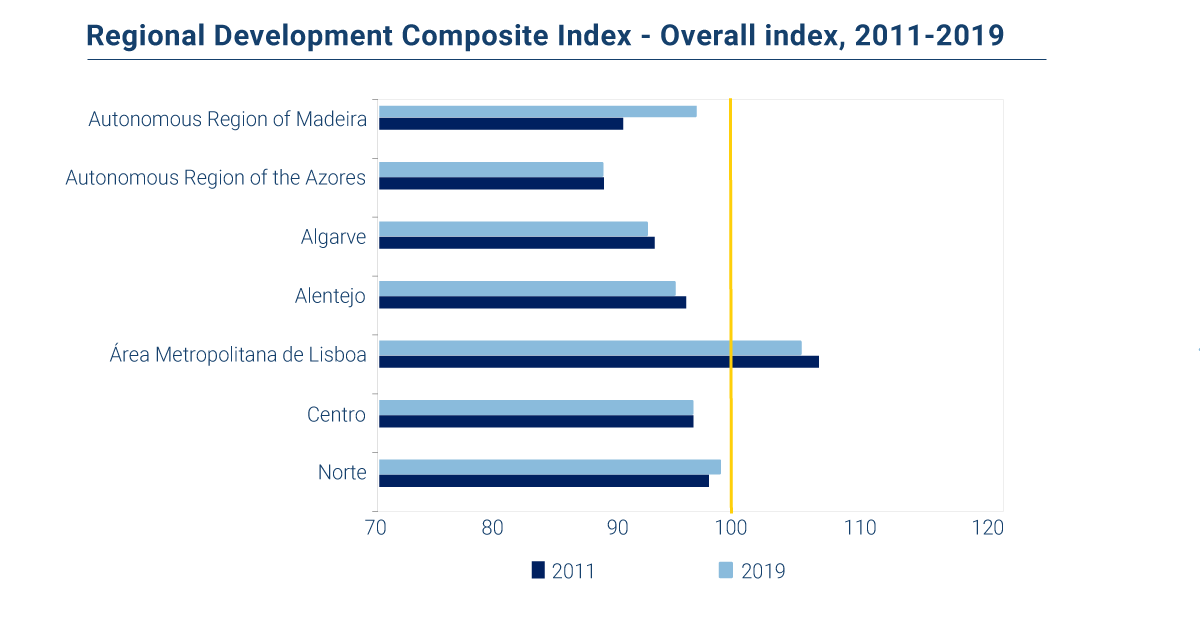 The competitiveness index was also higher in Área Metropolitana de Lisboa (113.66), once again the only region above the country’s average. The Autonomous Regions of the Azores and Madeira have the worse results, with Madeira scoring a value of 90.88 in 2019 (89.49 in 2018) and Azores 82.24.

The values of the cohesion index are more balanced than the previous index at least for mainland Portugal. The Autonomous Region of the Azores has the lowest cohesion index (80.01), while Madeira scored 88.95 in this indicator.

It should be noted that in any of the three indexes, the Autonomous Region of Madeira, in 2019, registers, as in the case of the overall index, the maximum of the series (which start in 2011). Comparing the years of 2011 and 2019, the only two regions which have an increase of the overall index are the Autonomous Region of Madeira and Norte, far greater in the first (6.23) than in the second case (0.91).