Between January and June 2018, the weight of the slaughtered livestock reached 383.5 tonnes, remaining unchanged year-on-year.

The data on landed catch show a 37.6% decrease in volume in the first six months of 2017 and a 25.3% decrease in first sale receipts, compared to the same period of last year. 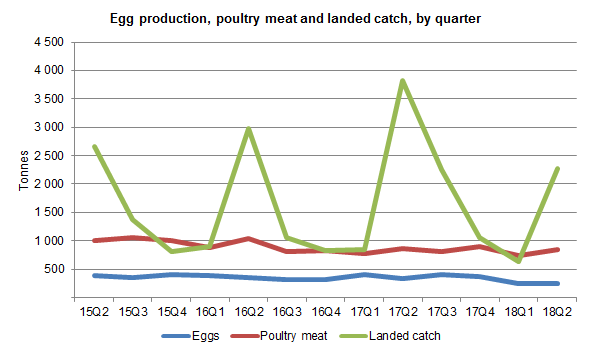 Regional Directorate of Statistics of Madeira releases today on its website, the Time Series of Agriculture and Fisheries Statistics for the years 1976-2017

The information is grouped into four chapters:

- Fisheries (now with the monthly breakdown for landed catch, tuna and the similar, black-scabbard fish)