In the first nine months of the year

Between January and September 2018, the weight of slaughtered livestock increased by 2.8% year-on-year, to a total of 691.6 tonnes. The year-on-year growth for the 3rd quarter was +6,4%.

The data on landed catch showed a decrease in the first nine months of 2018 (-18.7% in volume and -18.9% in first sale receipts), compared to the same period of last year.

The landed catch increase in the 3rd quarter (+20.4%) was insufficient to offset the decline recorded in the previous quarters. In this quarter, first sale receipts dropped by 5.8%. 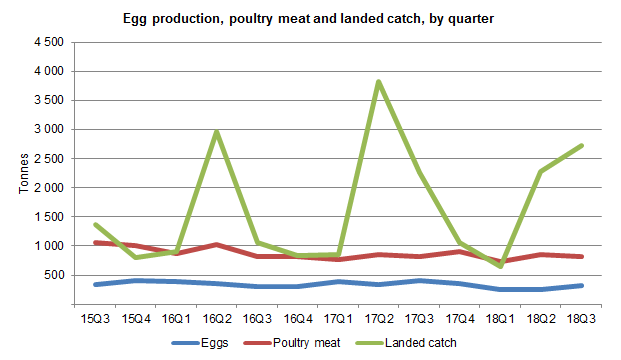