[The data on the landed catch of black scabbardfish was rectified on March 18, 2019 – tables and short series].

Livestock slaughterings increased, while fisheries and aviculture registered a decrease in their activity

Concerning fisheries, compared to 2017, the data on landed catch show decreases in volume and in first sale receipts by 5.9% and 13.1%, respectively. The landed catch stood at 7.5 thousand tonnes, while the receipts reached 18.8 million euros.

The decrease in volume was mainly driven by the decline in the catch of tuna and tuna-like species (-9.1% in volume and -30.0% in the first sales receipts), which nonetheless, was the most abundant species during 2018. 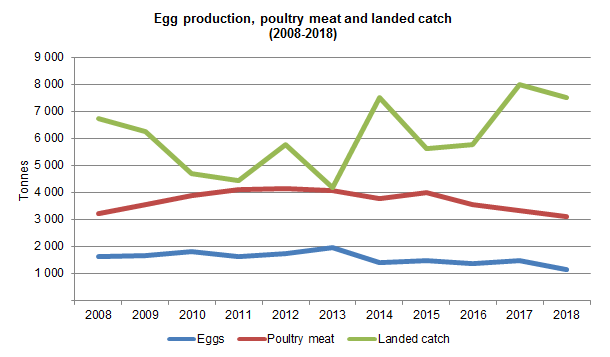