Aviculture registered a year-on-year increase, while the landed catch dropped in value and rose in volume.

Between January and March 2019, the weight of the slaughtered livestock dropped by 0.2% year-on-year.

Compared to the same period of last year, the data on landed catch show a 11.4% increase in volume in the first three months of 2019 and a 4.6% decrease in first sale receipts.

Black scabbardfish had a share of 79.5% of the landed catch and grew 35.1% in volume and 20.3% in first sale receipts. This increase was not enough to offset the pronounced drop in the value of tuna and tuna-like species which declined by 86.7% year-on year. 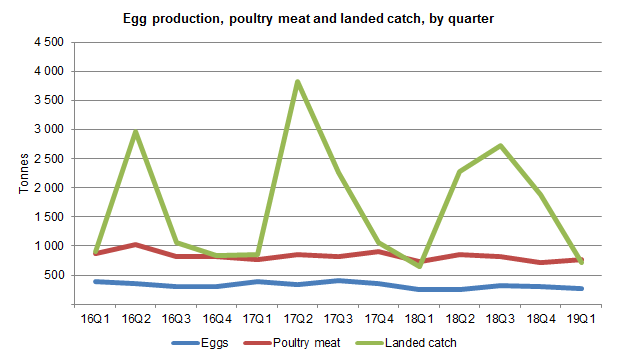