These data refer to the 1995-2018 period, with the information for the latter year being provisional.

Agricultural output in the Autonomous Region of Madeira rose by 3.9%

The REGEAA data show that the agricultural output in the Autonomous Region of Madeira stood at 102.8 million euros in 2017, growing by 3.9% from 2017 in nominal terms.

The Gross Value Added (GVA) corresponds to the difference between production (at basic prices) and intermediate consumption. In 2018, the GVA reached 59.8 million euros, increasing by 5.2% between 2017 and 2018. 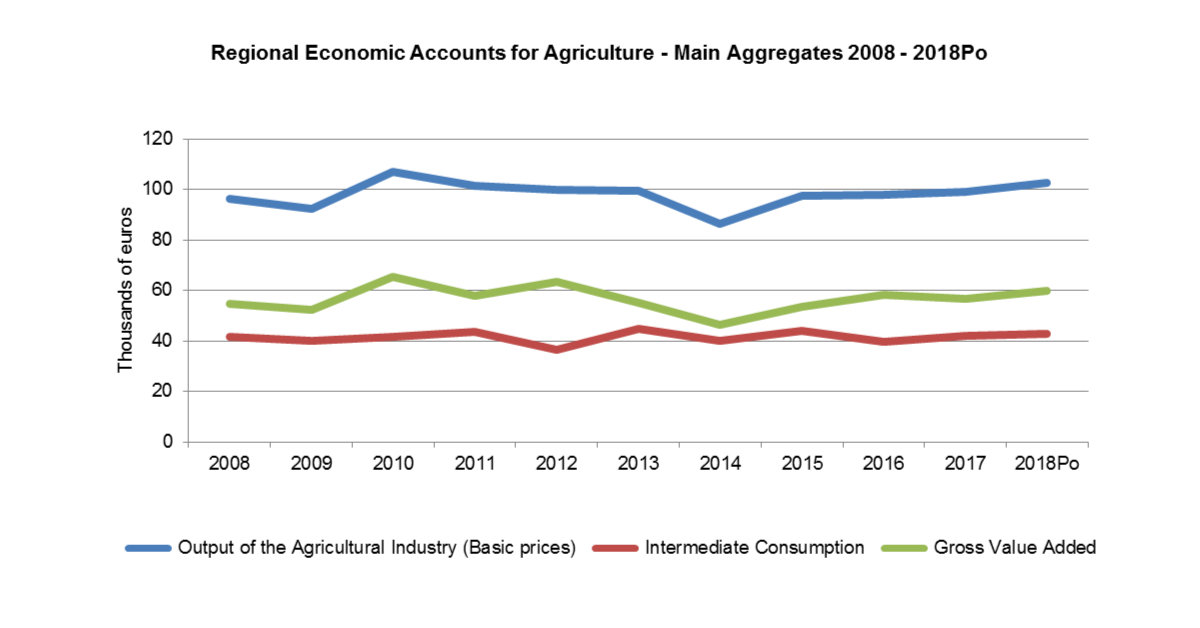