According to the data released by the Bank of Portugal, at the end of September 2020, the balance of credit granted to non-financial corporations (NFC) located in the Autonomous Region of Madeira stood at 1,897.9 million euros, up by 17.9% year-on-year and also up by 1.3% over June. The default ratio of this type of corporations dropped to 6.3%, remaining 2.3 percentage points (p.p.) above national average.

The number of NFC borrowers increased to 5.2 thousand, the highest figure since December 2012. In September 2019, that number stood at 3.6 thousand, which shows clearly how much this indicator has grown.

In the household and Non-profit Institutions Serving Households (NPISH) sectors, the balance of credit granted at the end of the reference period amounted to 3,197.6 million euros in last September, down by 5.5% from the end of the same month in the previous year. 65.8% of that balance related to the “housing” segment and the remaining 34.2% to “consumption and other purposes”. Compared to September 2019, the balance of loans granted in the first segment decreased by 0.4%, while in the case of the second segment, there was a 14.1% drop.

Household and NPISH debtors amounted to 100.3 thousand as of September 2020, growing by 3.2% year-on-year. In the housing segment the increase was 4.3%, higher than in the “consumption and other purposes” segment (+1.9%).

Overdue loans in the housing segment did not exceed EUR 16.7 million, representing a ratio of overdue loan ratio of 0.8%, slightly above the national value (0.7%). 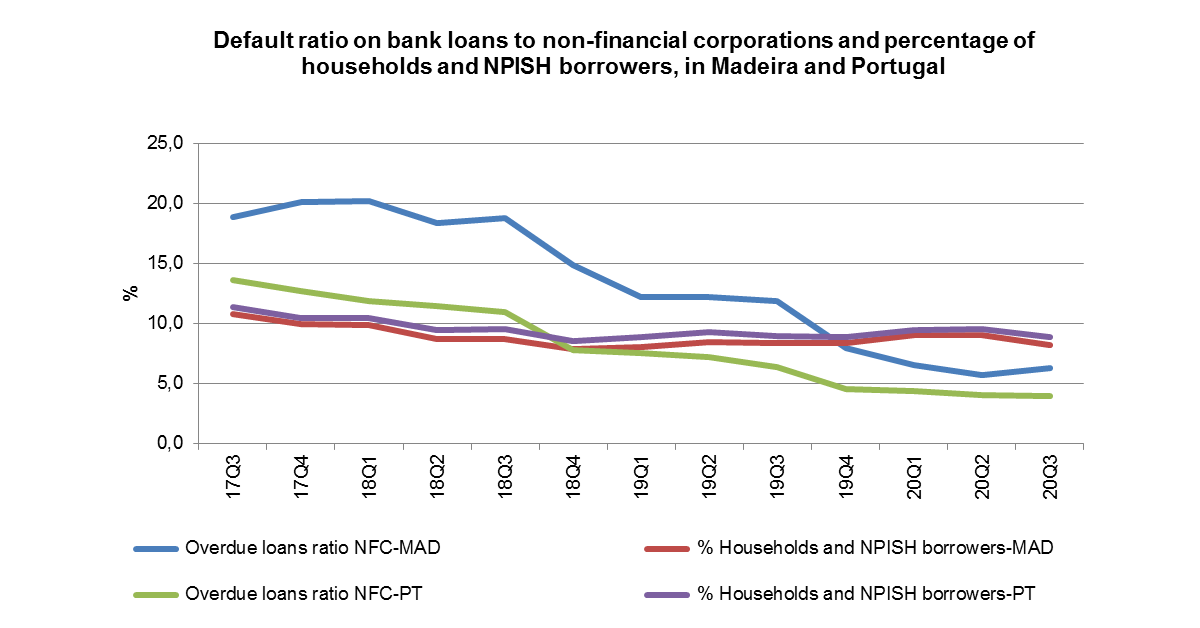